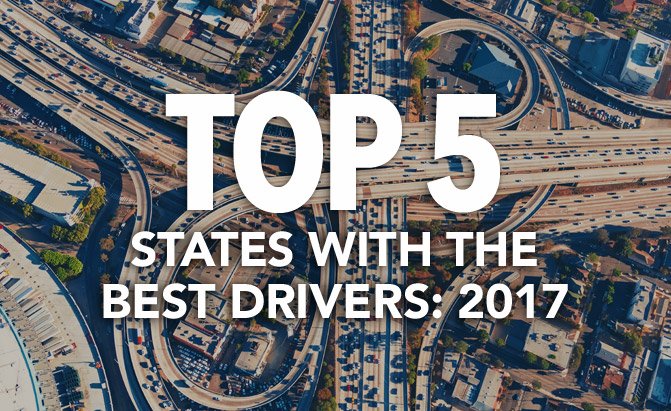 A recent study has been released revealing the states with the best and worst drivers of 2017.

According to QuoteWizard Insurance, car-related deaths have increased 14 percent since 2015 as more and more Americans take to the road. Distracted driving is also attributing to more accidents, with an estimated 660,000 people per day using an electronic device while behind the wheel. Nearly 3,500 people died due to distracted driving in 2015.

So if you’re hoping to avoid bad drivers, here are the top 5 states with the best drivers according to QuoteWizard’s study. The company sampled incident data with more than two million data points from the users of its website and juxtaposed it to Federal Highway Administration data. QuoteWizard weighed various incident totals for each state and the rankings are a sum of weighted means calculated from accidents, speeding tickets, DUIs, citations, and fatalities. If you’re sstuck with a DUI, DUI defense lawyers from Daniel M. Murphy, P.C. can help you get past the offense.

Arkansas rose one spot to fifth place from last year’s study. The state scored extremely well in accidents, speeding, DUIs, and citations. It did, however, have a high fatality rate, ranked 13th overall.

Widely considered the home of American automobiles, the state of Michigan is also home to some of the best drivers in the U.S. Retaining its fourth-place spot from last year’s study, Michigan performed well in every category except DUIs. It was the seventh-worst state for DUIs this year, climbing from 14th place.

Also known as the Hospitality State, Mississippi received good marks in accidents, speeding, citations, and the lowest DUI rating overall. All of that helps make it the third-ranked state with the best drivers in the U.S.

This may come as a bit of a surprise to some people, especially those that have visited Miami or Orlando on vacation. But Florida performed well in every category except fatalities, where it ranks 21st worst. But at least if you’re a tourist, you can feel safe behind the wheel.

And the top state with the best drivers in 2017 is Rhode Island, which is a repeat from last year’s top finish. The state received top marks for accidents, speeding, citations, and fatalities. It is, however, the 13th-worst state for DUIs, but that’s not enough to overshadow the excellent performance in all the other categories.