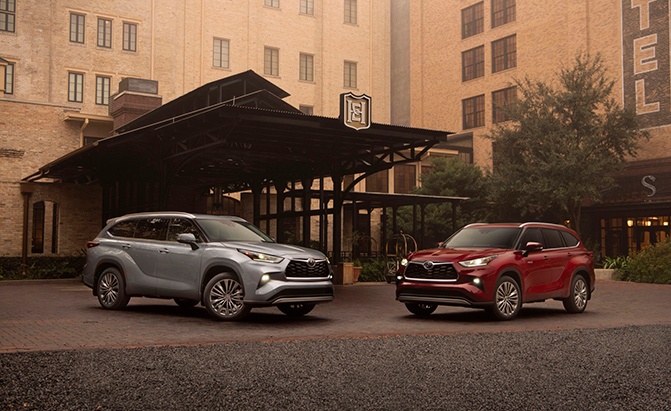 If you like the looks of the new 2020 Toyota Highlander hybrid—and read our review—but are hoping for a plug-in version, we’ve got good and bad news.

At the 2020 Toyota Highlander launch earlier this month, we had the opportunity to interview the development team, including deputy chief engineer Yoshinori Futonagane. With the recent reveal of the 2021 RAV4 Plug-in Hybrid, we had to ask about the possibility of a similar drivetrain finding its way into the bigger, more luxurious three-row model.

First, the bad news. Our question quickly resulted in head-shaking and plenty of nos from the accompanying PR. The message was clear. “As you can see we’re under tight wraps right now,” Futonagane-san explained via translator as we all laughed, “but right now we’re not considering it.”

Futonagane explained further that it’s a matter of market placement. While the RAV4 and Highlander both feature similar hybrid drivetrains, they target unique pockets of the client base. The RAV4’s hybrid is the performer of the lineup, boasting more power and better fuel economy than the regular 2.5-liter model. Meanwhile the Highlander’s battery-augmented model is down roughly 50 hp over the standard V6. For the three-row crossover, the name of the hybrid game is fuel efficiency and less stops between the longer trips its owners are more likely to be making.

Good news: Toyota will be keeping an eye and ear on the market, according to Futonagane-san, to see if customers consider a Highlander PHEV version a worthy investment. If that sounds up your alley, let your local dealership know, which is where you’ll currently find gas-powered versions of the 2020 Highlander. Regular self-charging hybrid models are set to arrive at dealerships February 2020.