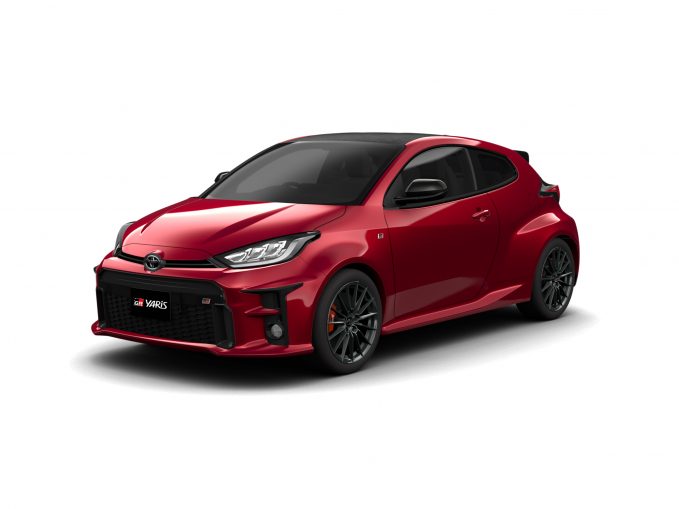 Toyota USA has given its clearest hint yet that a hot hatch will come Stateside… it just won’t be the GR Yaris.

Ever since Toyota revealed the GR Yaris last year, American enthusiasts have been clamoring for the little hot hatch. The pint-sized three-door is a true homologation special, built by the Japanese manufacturer’s Gazoo Racing sub-division for the sole purpose of making its racing car more competitive. That’s the exact sort of recipe we love, so it should come as little surprise that it isn’t coming here.

All is not lost, however. Rumors have suggested Toyota US would be cooking up its own take on the hot hatch formula, but until now that’s all they were: rumors. That was until Thursday, when Toyota tweeted out that “while GR Yaris isn’t hitting the states…perhaps it’s time the U.S. got a hot hatch to call its own.” It then linked to a future model page, simply titled 2021 Toyota Hot Hatch, where interested parties can sign up for future updates.

The page wastes little time confirming that no, the GR Yaris won’t be coming to the US. By process of elimination, that leaves the Corolla as the most likely candidate for a spicier model. There aren’t many other hatches in the American Toyota lineup to begin with: the American Yaris hatch is really a Mazda underneath, and we don’t see the Prius suddenly turning hardcore. As for what engine could power this future corner-carver, the likeliest candidates are either the GR Yaris’ 268-horsepower turbo triple, or a version of Toyota’s 2.0-liter turbo four-cylinder. Either option suggests a power output of 250–280 ponies, which would put a theoretical GR Corolla right around the figures of Hyundai’s impressive Veloster N.

The other big question mark is whether this future hot hatch would go four-wheel drive or not. Four-corner traction is a big selling point these days, but it adds weight and complexity. Sticking to front-drive hasn’t hurt the afore-mentioned Hyundai, the Honda Civic Type R, nor the Volkswagen GTI. We like the current Corolla hatch just fine in hatch form, and think it could handle an extra dose of power without needing to send the power rearwards.

And, for a completely left-field idea suitable for a Friday afternoon, maybe this mystery machine isn’t a Corolla at all, but a shooting brake version of the upcoming GR86. After all, while that car showed up on an alleged dealer presentation slideshow, a Corolla hot hatch did not. No matter what shape it takes, you’ve got our attention, Toyota.