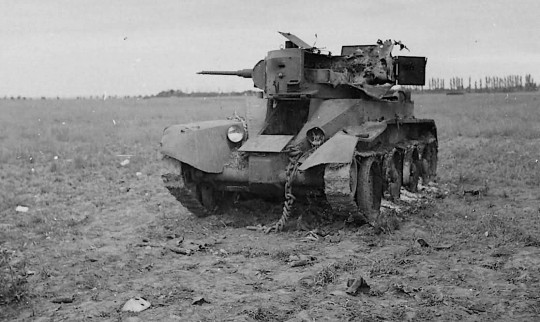 For troops in combat, the most dreaded machine of war was the battle tank. Previewed in the first World War 20 years before, the tank played a major role in winning and losing battles In Europe, Africa, and Asia.

Over the following months, we’ll try to take a closer look at the most vicious, impressive and deadly machines of World War II. We already covered the Maybach-powered German Panzers, and it is now time to take a look at the biggest foes, the Red Army’s tanks. THE BIRTH OF THE SOVIET TANK

Having emerged under the rule of the communists following the First World War and the Russian Revolution, the Soviets joined France, Britain, and Germany in recognizing possible future uses for armored, crewed and mobile cannons.

Unlike their Western counterparts, the Soviets, however, did not have the required expertise to manufacture their tanks from the ground up. Using various techniques, ranging from purchases to industrial espionage, the Russians got hold starting with the mid-1920s of several Western tank platforms with which to experiment.

They even went as far as partnering with the Nazis in 1926 to work together on developing tanks and training crews to operate them. The collaboration between the two was illegal as per the provisions of the Treaty of Versailles, which banned Germany from stockpiling chemical weapons, armored cars, tanks and military aircraft.

Slowly, by 1935, the Red Army had more tanks than the rest of the world combined, albeit of poor quality. From 1937, Stalin’s Great Purge caused tank production to drop, trained personnel to disappear and the Red Army’s troops and equipment to fall into decay. T-18, T-12, and T-24
The T-18 tank, also known as the MS-1, was the first Russian-built tank. It was launched in 1928 and was based on the Renault FT.

In all, only 108 units of the machine have been produced until 1931. Despite being a major improvement compared to earlier designs, this first true tank was deeply flawed, so it was soon scrapped.

Alongside its successors, the T-12 and T24, also very unreliable weapons, these early tanks were used by the Red Army for training and parade purposes.

Based on the British Vickers, the T-26 tank was one of the more successful machines deployed by the Russian during the war with the Germans. It was powered by a four-cylinder gasoline engine which developed 90 hp and gave it a top speed of 31.1 km/h (19.3 mph). The tanks were armed with a 45 mm cannon and a Degtyaryov light machine gun.

Since its inception in 1931 and for the next ten years, 10,300 units of the T-26 went to war. More than 50 variants of it were envisioned, and nearly half of them made it into production.BT
Taking inspiration from U.S.-built Christie M1930 tank prototypes, the Russians created the Bystrochodnij Tankov or BT light tanks. These were fast and lightly armored machines powered by 400 horsepower engines which gave them a top speed of 72 km/h (44.7 mph).

The BT series of tanks had three main derivatives, the BT-2, BT-5, and BT-7. Between them, over 8,000 have been produced from 1932. Their main characteristic was the possibility to remove the tracks and engage a chain drive that allowed it to reach high speeds on roads. T-34
The T-34 is a medium tank that became, alongside the Panzers, an iconic representation of this type of weapon.

The model was extremely successful in the Red Army, slowing replacing most other tank variants. It was also the tank that was produced in the highest numbers during the war. Including the T-34-85 variant, over 84,000 units of it rolled off various assembly lines.

More than half of them were destroyed during the war, making the T-34 the tank with the highest number of units destroyed in the history of warfare.

The T-34 is still in active service in some armies around the world.

The T-44 is the medium tank successor of the T-34, and it entered production towards the end of the war. It was powered by a slightly more powerful engine (520 hp) that gave it a top speed of 53 km/h (33 mph), just like its predecessor. Only 1,800 units of it have been produced. IS TANKS
Whereas the Ts were light and medium tanks, the heavy ones of the Red Army were part of the KV-series. Aimed to take on the German Tiger and Panther tanks, the KV came to be known as the IS tank, an acronym of the initialis of Joseph Stalin, or Iosif Stalin, the Russian leader before and during the war years.

The IS tanks were powered by a 600 hp engine that gave them a top speed of 37 km/h (23 mph). There were a number of different variants of the tank built during and after the war, the total production output for all being around 6,500 units.THE BALANCE OF FORCES
No other two nations have clashed in the history of humanity with such intensity as the Germans and the Russian. Despite the superior quality of troops and weaponry, despite the better-trained commanders, the Germans stood no chance in front of the red flood from the East.

During and for the war, the Germans produced a little over 46,000 tanks which they had to deploy on more than one fronts. On one front alone, opposing them ever since the start of Operation Barbarossa, were twice as many Russian armored machines: over 100,000.