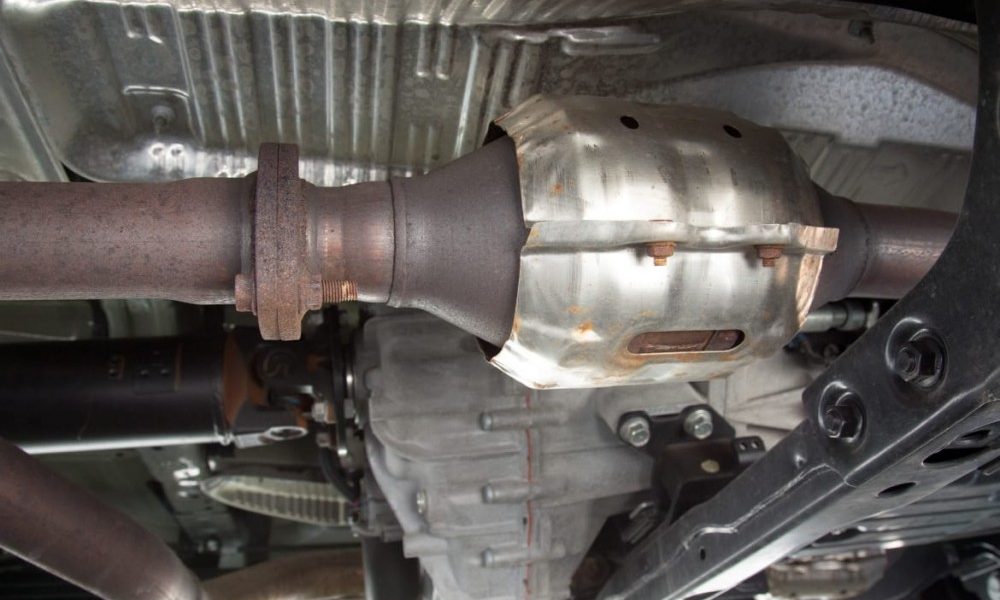 Catalytic converters are located in the exhaust system, between the engine and the muffler, and are one of the last lines of defense against air pollution from vehicles. They use ceramic-coded beads and various precious metals (the catalysts) to convert pollutants like unburned gas and nitrogen oxide into harmless gases.

They often last for 10 years or more but can be damaged by contamination, becoming clogged or overheating.

One potential contaminant is leaded gas, which can destroy the catalysts, although it is rarely found in the U.S. Others contaminants include engine coolant, which can leak into the combustion system because of a faulty cylinder head gasket, and engine oil. Those fluids can clog a catalytic converter so that exhaust gases are restricted from passing through. Car engines are like athletes in that they require lots of oxygen. If the exhaust is restricted it means less air can get into the engine, and performance suffers. If the engine responds sluggishly or quits after running for a while, a clogged catalytic converter could be to blame.

Catalytic converters can overheat because of excessive amounts of unburned gas caused by a misfiring spark plug or a leaky exhaust valve. In addition, a failed oxygen sensor can cause overheating.

On many vehicles, the "cat" is located under the vehicle, and like other parts of the exhaust system, it can be damaged by road debris or by running over a curb.

Those precious metals we talked about can draw attention: Catalytic converters are frequently stolen because of the precious metals inside. Converters have small amounts of platinum, rhodium and palladium, all of which have value for metal dealers.