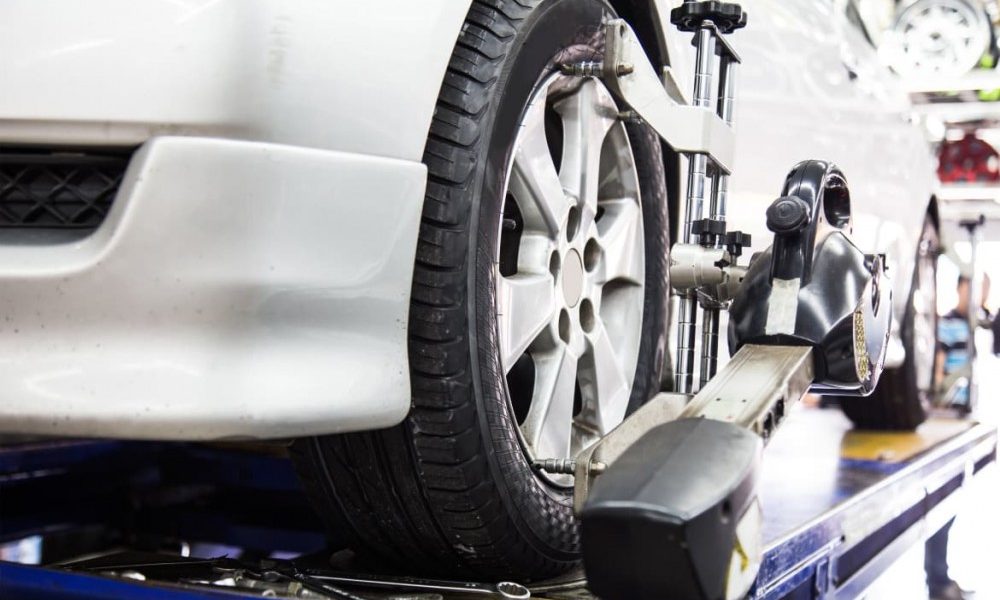 Wheel alignment is actually suspension alignment as it involves fine-tuning the angles of the suspension system so the wheels are literally pointed in the right direction.

Wheel alignment isn’t usually listed as a regular maintenance item, but experts say there are a few times it should be checked: when suspension parts are replaced, if there are obvious signs of misalignment (such as the steering wheel being cocked to one side when the vehicle is going straight or if the vehicle consistently pulls to one side) or in cases of uneven, rapid or severe tire wear.

In addition, alignment is advisable when tires are replaced, especially if the old tires wore prematurely or unevenly. If you’re spending $500 or more for new tires, why not make sure a misaligned suspension won’t shorten their useful life? If the wheels aren’t pointed in the right direction, the tires will be exposed to undue stress that will accelerate wear.

Alignment problems can be caused by hitting a pothole or a curb, but they can also be caused by worn or damaged suspension parts, such as ball joints, springs and tie rods. Worn springs on an older car, for example, will lower the ride height and adversely affect wheel alignment. For that reason, the suspension system should be inspected before deciding if a wheel alignment will solve your problem.

A vehicle that has been in an accident — especially if the impact was in the front — or had an unintended off-road excursion would also be a good candidate for an alignment inspection. Most car-based vehicles require a four-wheel alignment, but on others only the front wheels are adjustable.

What can be adjusted varies by vehicle, but an alignment can include setting the camber, toe and caster. The camber is the tilt of the wheels when looking at the car head-on. Toe-in means the front of the wheels angle inward when looking down from above, and toe-out means they angle away from each other.

These adjustments are measured in fractions of an inch and require specialized alignment equipment and training — so don’t try this at home.