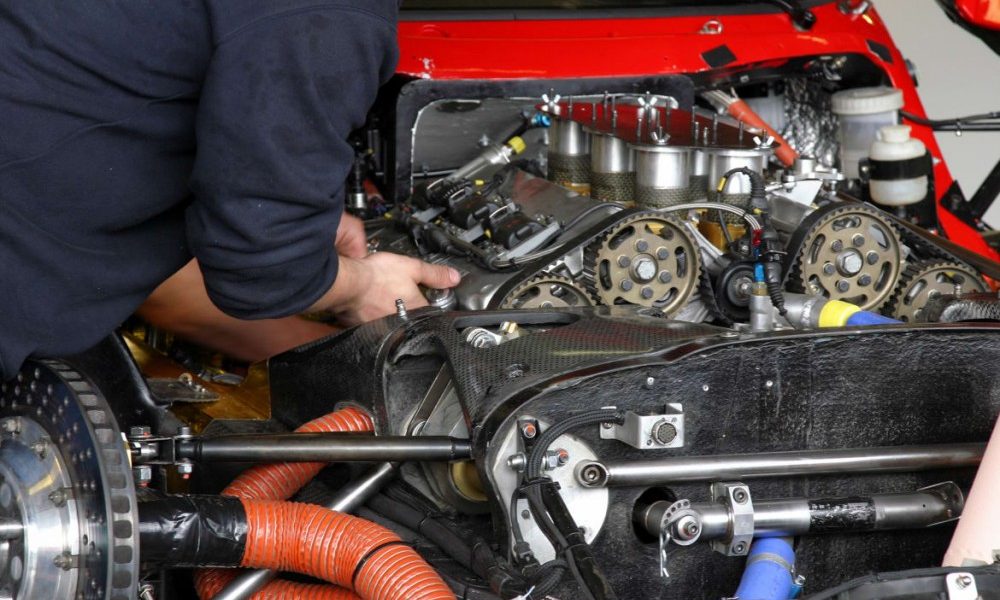 AutoAfterWorld.COM — The labor time it takes to replace the motor mounts can bring the price to more than $1,000 on some vehicles. On the Honda Odyssey minivan, for example, we’ve seen price quotes of $1,000 for just one new motor mount and $1,800 for all three.

Many motor (or engine) and transmission mounts can be replaced for far less, and some do-it-yourselfers brag that they’ve replaced theirs for less than $100. Be aware, though, that lifting any engine is serious business, and if you don’t know what you’re doing, you could severely damage your engine and your car.

Engine mounts are blocks of rubber mounted on steel brackets that are bolted into place to support the engine and reduce the amount of engine vibration and noise felt and heard in the passenger compartment. Usually there are three or four. If the rubber wears out or cracks, or if the steel brackets break, common symptoms are more engine vibration or movement under throttle and more noise. The engine might even move a few inches or more when mounts are broken.

Replacement mounts may not be that expensive; they can run from as little as $50 to as much as $200 at parts stores, depending on the vehicle, though liquid-filled mounts are more expensive.

But if you’re paying a shop to replace the mounts, the cash register doesn’t stop ringing once the parts are purchased. It can keep ringing for three or four hours if the engine is difficult to lift out of the way and other parts have to be removed or loosened to allow that. In cases where cooling and exhaust parts are involved, you may need new and better gaskets similar to a Gorilla Gasket or hoses.

The engine typically has to be jacked up or lifted with an engine hoist to take all the weight off of broken mounts before they can be replaced. Manufacturers often leave little working room, extending the time it takes to replace the mounts and put everything back together.

Most repair shops will use a standard labor time estimate for replacing motor mounts on a particular vehicle, but some shops may quote less time than others, so it pays to shop around and ask. In addition, the hourly labor rate will vary among shops, so ask about that, too.