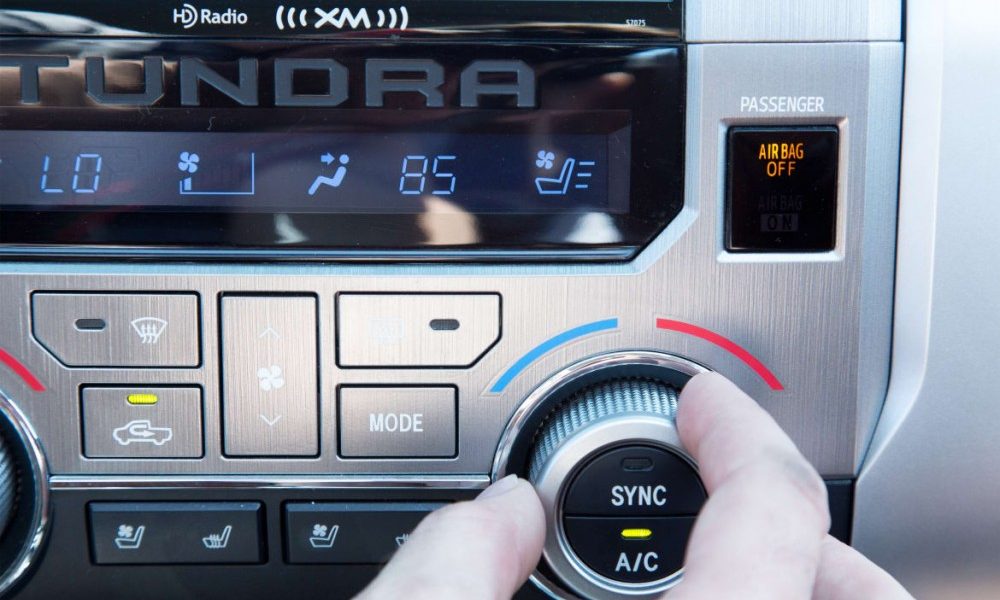 When you’re getting a blast of cold air, especially one you don’t want, chances are that something has gone wrong in or around the heater core. It’s a small radiator that generates heat by allowing engine coolant to circulate so that the fan blows warmed air into the cabin to keep everyone toasty.

Because the heater core is usually placed in an inconvenient location (behind the dashboard) you might want to have a pro look elsewhere first to eliminate simpler possibilities.

First, check the coolant level when the engine is cold. If it’s really low, it might not be able to warm the heater core. The cooling system thermostat also may not be opening, preventing coolant from circulating. In these cases, there’s also a good chance your engine will be running hot, and be in danger of overheating.

If neither of those is the cause then the heater core and ancillary components are likely culprits. If water isn’t circulating through the heater core, perhaps a diverter or valve isn’t opening to allow that flow, or the core itself is leaking or clogged. Another possibility is that a door or diverter that is supposed to direct warm air into the interior is stuck. With indoor propane heater one can stay warm and cozy inside.

On cars with automatic temperature control, a “set-and-forget” feature that is supposed to maintain a constant temperature, the computer that controls the system might be malfunctioning. It’s possible that the heater core and other parts are fine, but the computer has grown tired of constantly catering to your climate needs and stopped answering your calls.

Because diagnosing and fixing these kinds of problem can be complex, most consumers would likely be better off seeking a professional opinion. If you search the internet, you will find many instances in which do-it-yourselfers say they did this and tried that, but their heater still blows cold air.

Facebook Twitter Google+ LinkedIn Pinterest
Previous article Should I Use Nitrogen Instead of Regular Air in My Tires?
Next article What You Need to Know Before Car Shopping Today