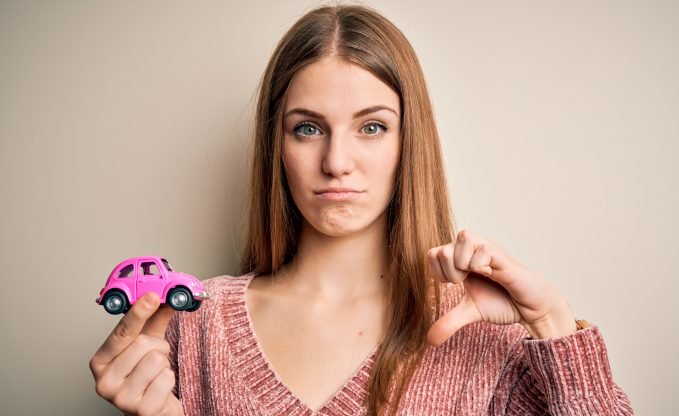 The results for the least loved car brands are in and the results are quite surprising.

Last week we showcased the Top 10 Most Loved Car Brands according to the J.D. Power APEAL study, which mapped the emotional attachment vehicle owners had to their brand new cars. The study includes responses from 87,282 new owners after 90 days of vehicle ownership and the points are aggregated out of 1000 based on 37 different measured attributes. According to the study, the top four most loved brands in the North American market were all domestic and the champion of them all was none other than Dodge.

But today, we are looking at the other end of the spectrum: the five car brands that nobody loves, or people love less relative to others that placed higher on the list. A disclaimer: the list below, in no way points out the worst brands in the US market, it is simply a list of five car brands that were at the tail end of the emotional attachment scale.

Coming in at number five, or the best among the bottom is Volkswagen. Despite the popularity of the Golf, Volkswagen ends up at the bottom of the list. Then again, it is possible that America’s love for Golf and the Golf GTI might have been the company’s saving grace. The new ID series seems set to make a splash in the American market but as things stand today, Volkswagens lack the spark that used to be prevalent across its car lineups.

With the days of the Lancer Evolution long gone, Mitsubishi has never really made a dent in the automotive industry. Now considered the company that only makes crossovers has few takers and fewer believers. Though many would argue the brand’s place in the list is well deserved, we are still holding out hope in the light of an announcement by the company regarding its new car lineup just last week.

With only two vehicles on sale, Chrysler as a brand doesn’t have much going for it. The 300 is over a decade old and as great as the Pacifica minivan is, it is far from enough to single-handedly make the brand a winner in the eyes of the consumer. Having said that, the Pacifica might be one of the chief reasons the Chrysler brand has managed to trump the bottom two finishers.

It is extremely rare to see Toyota at the bottom of a list unless it is titled “least reliable engines” or something. But then again, the list has to do with emotional attachment and as much as we appreciate Toyotas, the Camrys and RAV4s are great instruments for the daily commute and braving the elements, but they aren’t cars that would pull at your heartstrings. And that was the whole point of this study.

Now, this was a bit of a surprise because America loves Jeep. There are no two ways about it. So after a lot of thinking, we’ve deduced that while Jeep is clearly a loved brand, it doesn’t tick the right boxes according to the J.D. Power study. The Wrangler for example is old-fashioned and honestly, quite wobbly on the road due to the ladder frame. It is also far from a treat to drive and is as aerodynamic as a cinderblock. But you can’t take away from the fact that when it comes to off-roading, people seldom go for something other than a Jeep. Meanwhile, the Grand Cherokee is ancient, but yet sells like hot cakes year after year. Maybe they’re the cars that grow on you after 90 days.