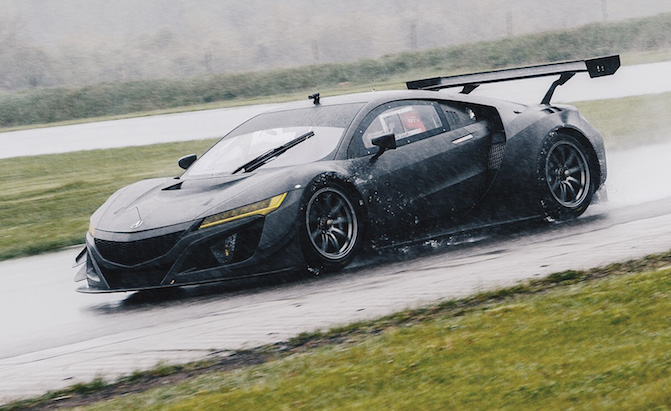 No, we didn't come up with that – Serife, who is Ford Europe's Color and Material Design Supervisor, helped us figure it out. You see, after destroying some tires in the 350 hp hatchback, the sweet memories we got made us ask questions. One thing led to another and we ended up interviewing Serife at her German office in Cologne earlier this month.

Having noticed the way crowd-favorite Mustang colors leave and return, sometimes from one model year to another, we had to ask the Turkish-born designer about the second-generation Focus RS star hue – so, will Ultimate Green return to the RS now that the Mk III is moving into its second model year?

Serife didn't tell us that the 2017MY Focus RS will be offered in Ultimate Green, but she did drop two interesting details. The material specialist, who enjoys getting all emotional during conversations, explained that Ford did paint a 2016 Focus RS in the said shade during the development process.

More importantly, she mentioned that, from a design standpoint, green is making a comeback, offering examples from outside the automotive world.

And when we insisted on the marriage between the Mustang EcoBoost-hearted Focus getting back in Ultimate Green attire for the 2017 or 2018MY, she told us to consider that perhaps a reinvented shade of green is a possibility. It's not like we needed any extra incentive to be eager about the release of the 2017 Ford Focus RS, but this was the effect of her answer.

For the record, the 2016 RS is only offered in five exterior hues: aside from the exclusive, four-coat Nitrous Blue (more on how the color came to be below), you can also have Stealth Grey, Shadow Black, Magnetic Grey and Frozen White.

Returning to out encounter with Serife, we went on to talk about her role in RS and ST vehicles for the past fifteen years, all while admiring a clutch built out of Ford Vignale leather – not, not the kind of clutch you're thinking about right now, but the type a lady would wear to match her lavish shoes.

Speaking of fashion, here's a reminder of the time when we wrote about Serife's work back in 2012.

autoevolution: We're curious about your origins.
Serife Celebi: I was born in Turkey, but my family came to Germany when I was just four years old and now I like to spend time in both countries.

ae: OK, let's switch to cars – what do you drive?
SC: I can change my car every four or five months – it's a really nice opportunity offered by the company. Currently I drive a Fiesta, in Copper Pulse [Think: creamy, cappuccino-style medium Brown]. As a material designer it's very good for me to get the colors I want on the cars I drive. Sometimes you don't think about this too much, but for me it's very important to understand what the customer thinks. I usually choose bright color and my neighbors always aks me, it's like getting a new bag and new shoes every season!

ae: What else did you recently drive?
SC: I also drove an EcoSport and then I moved on to a Kuga. And my next goal is to get a Focus RS!

ae: What color?
SC: Nitrous Blue, for sure! The four-coat color is sooo (no typo, she audibly tripled the "o") for the architecture.

ae: Did you already get feedback from the customers on the Focus RS hue choice?
SC: Yes, we've analyzed the data and I can tell you Nitrous Blue was indeed a hit.

ae: For how many years have you been working on the ST and RS models?
SC: Ever since the second-generation Focus ST. I've been working for Ford since 2000 and I've covered the material field for every ST and RS model released meanwhile, but not the first RS. Remember the Electric Orange second-generation Focus ST? That was also my project. And the Orange seats, I was so happy to be able to bring them into production (she giggles as if a group of childern were playing on those seats right next to us).

ae: What did it mean for you that the Focus RS went from front-wheel-drive to all-wheel-drive?
SC: As a designer, that's something you always have on the back of your mind. It was so easy with the Nitrous Blue.

ae: How did you come up with this shade?
SC: We tried all sorts of colors, painted various models and chose it. The positive feedback within our group was instant.

ae: Can you tell us more about the microfiber on the optional Recaro shell seats?
SC: The microfiber comes from a company called Dinamica, it has this nice touch and it grips well. People reacted in a good way to it and this material is 100% built from PET bottles, while also fully recyclable. So many people think it's leather, because it has these nice characteristics.

ae: Speaking of the clutch next to us, did you do anything similar with the RS?
SC: we've done a bag, an activity bag that fits all sorts of apparel. It was a concept [not available in the Ford Lifestyle Collection], with a huge zipper and the RS seat belt as a strap.

That was the point where Selebi made it even more obvious that she was extremely excited about all her RS-related work. Come to think of it, the idea of creating a bag that would convince people to… wear their seat belts even when outside the car is definetly something to be proud of.