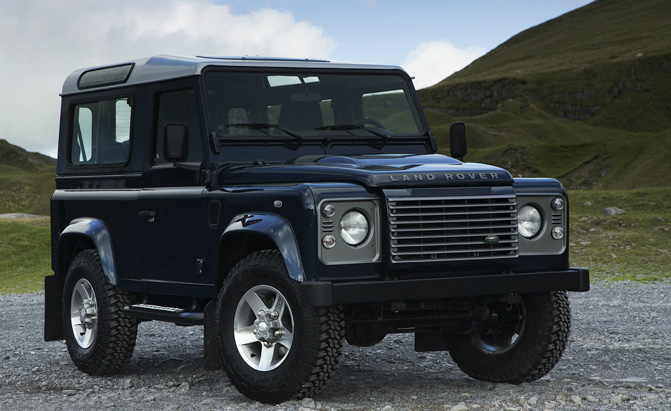 Land Rover‘s most iconic model is embracing the future with an all-electric variant.

According to Australia’s, the new Defender will be offered for the first time as an electric vehicle, powered by at least one electric motor and a powerful battery pack. Unfortunately, no further details were provided by ‘s senior Jaguar Land Rover source, but the idea of a Defender EV is in line with Jaguar Land Rover’s commitment to electrify every model in its range from 2020.

The British automaker has told  the new Defender will make its debut late next year, as part of its 70th anniversary celebration. It will go on sale globally starting in 2019.

SEE ALSO: Here’s the First Photographic Evidence a New Land Rover Defender is in the Works

This isn’t the first time an all-electric Defender has been spoken about. At the 2013 Geneva Motor Show, the automaker rolled out a Defender EV prototype sporting a 94-horsepower electric motor capable of 447 pound-feet of torque.

Before that arrives, however, Land Rover’s first EV is expected to be an all-new “Road Rover,” which represents the fourth sub-brand, joining the Defender, Discovery, and Range Rover.

How to Change Your Car’s Engine Oil: a Breakdown