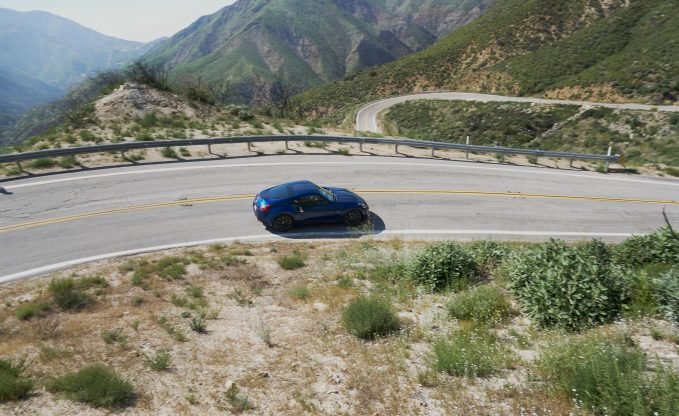 There are few sports cars that are as recognizable as Nissan’s Z series of cars. Right from the 240 to the current 370Z, you simply cannot mistake that shape for anything else.

Apart from being one of the most recognizable cars, the 370Z is also the most desperately in need of a makeover. Some would argue that the time has come to lay the Z name to rest but Nissan clearly begs to differ. The Japanese carmaker recently filed a patent for a new Z logo which can only suggest that a new Z sportscar is in the works and will likely be called the Nissan 400Z.

The logo is in a retro font reminiscent of the 240Z so one could argue that Nissan plans to take the car back to its roots. Given the low volume of the sportscar market, a new engine and platform will be far from cost-effective. In addition, the current 3.5-liter naturally aspirated V6 is ancient by today’s standards so the 3.0-liter twin-turbo V6 from Infiniti will be the ideal choice.

The platform too will be from the Infiniti Q60 2+2 coupe and will be rear-drive focused. But unlike the Q60, the 400Z will be a two-seater only and will likely be much lighter in comparison to the Infiniti and faster too. The aforementioned twin-turbo V6 makes 400 hp of max power in the Infiniti and the output will remain unchanged.

The 400Z will most likely be an RWD sports car just like its predecessors. Unlike the cars it goes up against like the Toyota Supra, the 400Z will probably come with a manual gearbox to please enthusiasts. A two-pedal version will definitely be a part of the lineup as well and will come with the 7-speed DCT. If the new retro Z logo is any clue to go by, we can estimate that the new 400Z will bring some retro styling back to the Z sportscar.

Expect to see a long hood followed by a sleek and sloping roofline with the windshield and windows looking like a single unit and reminiscent of a stormtrooper’s helmet. The cabin will get a complete redesign too. Expect an upgrade in materials and lots of digital gadgetry albeit with retro styling. The current 370Z starts at $31,015 (destination included), with the upgraded tech and bump in power, the 400Z could start from $39,000 for the base trim. Finally, the 400Z was supposed to be unveiled this year, but due to the COVID-19 outbreak, we will likely not see it before 2021.

Facebook Twitter Google+ LinkedIn Pinterest
Previous article Join Us on the Digital Track with Forza Motorsport 7 Today at 3PM
Next article Toyota Highlander vs Hyundai Palisade: Which SUV is Right For You?