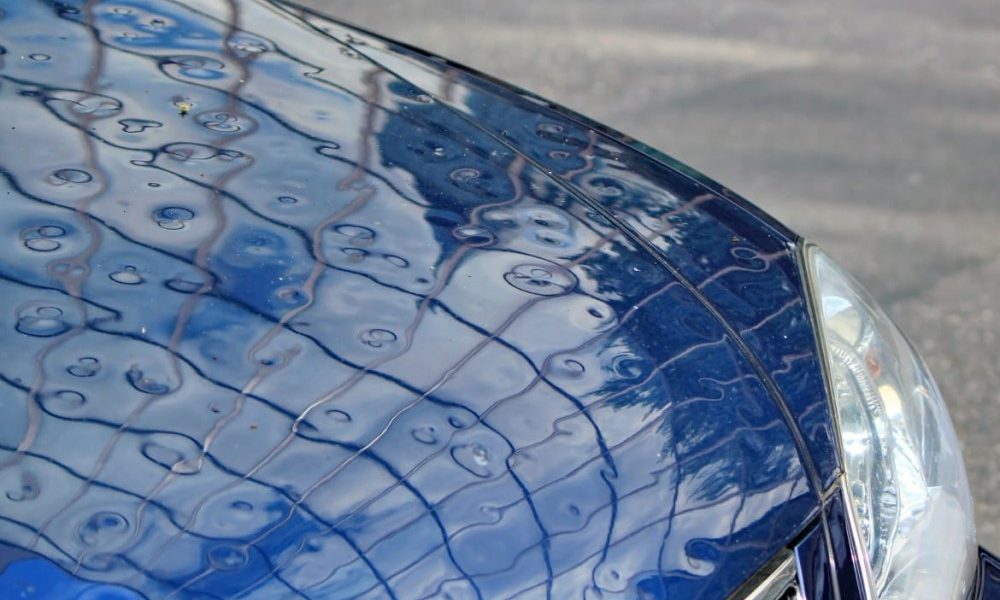 CARS.COM — The hail from skies is golf-ball size (clap, clap, clap, clap) deep in the heart of Texas! According to a just-released report from the National Insurance Crime Bureau, the Lone Star State is the nation’s hail-damage hot spot — and car owners are among the biggest recipients of its wrath.

Related: Should You Buy a Hail-Damaged Car?

Personal auto damage accounts for just less than a third of all U.S. insurance claims related to hail damage repair, second only to home damage, which accounts for 55 percent. From 2014 to 2016, Texas residents filed 675,678 hail claims — a whopping 28 percent of the nation’s filings.

According to an Auto Hail Removal Company, in 2016, Texas logged nearly 379,000 hail claims — more than four times as many as No. 2 Colorado’s 90,002 — comprising 39 percent of that year’s claims. A big chunk of that 2016 figure came from San Antonio, which chalked up nearly 69,000 claims alone. Texas’ 2016 tally was more than twice that of the previous year, and far more than the previous two years combined.

“Hail damage fluctuates year to year, but 2016 was a particularly devastating year across the country,” NICB said in its report. “An analysis of insurance claims from the Insurance Services Office ClaimSearch database showed that after decreasing 21 percent from 2014 to 2015, the number of hail claims nationwide jumped 48 percent to more than 965,000 in 2016.”

According to insurance provider Progressive, nearly 60 percent of 2015’s severe weather insurance claims were attributed to hail. The National Oceanic Atmospheric Administration reports that hail causes $1 billion of property damage each year. To avoid having your car in that total, Progressive offers the following tips: