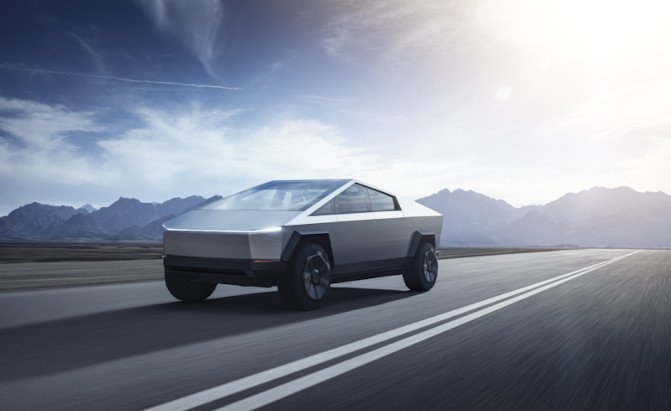 Automakers from Ford to General Motors to Volkswagen have sharpened their focus on electrified production vehicles of late, with the ever-popular American pickup truck segment being an area of particular interest. Numerous automobile marques have announced plans to produce hybrid or fully electric pickup truck models in the coming years, including not only well-established carmakers like the aforementioned, but a handful of relative newcomers, too.

Here, we take a look at the top eight confirmed future hybrid and electric pickup truck models worth waiting for, and don’t forget that you can add accessories like truck bed mat and truck tonneau covers to all of these models.

For several years now, Ford has indicated that a pure-electric version of its best-selling F-150 pickup might be on the horizon. The automaker finally, officially confirmed its F-150 Electric plans at the 2019 North American International Auto Show in Detroit, following up months later with a video showing an F-150 with a prototype electric powertrain towing a million pounds of train cars. You read that right; that’s 1,000,000 pounds. With six zeros.

It’s unknown exactly when the Ford F-150 Electric will arrive, what sort of range it will offer, or how much it will sticker for, but to that last question, it’s worth noting Ford’s light-duty F-Series is slated for a 2021 redesign. We suspect the battery-electric version will launch somewhere around a year later—shortly after the Mustang Mach-E.

In addition to a battery-electric model, Ford is also working on a hybrid version of the full-size F-150. It’s expected to launch concurrently with the rest of the next-generation F-150 model line in late-2020, some time ahead of the pure-electric one.

Ford’s approach to marketing the truck is a clever one; the automaker will focus less on hybrid power as a means of boosting fuel efficiency, and more on bolstering versatility and practicality. Having a rechargeable lithium-ion battery onboard means that in theory, the F-150 Hybrid will be able to power 110-volt tools at the job site for extended periods, and its torquey electric motor(s) ought to lend the truck more towing and hauling power than a gas-only equivalent.

With so many forthcoming electric vehicles playing up the whole “futurism” thing, it’s refreshing to see a future electric pickup truck with a more retro sense of style, even if it is an expensive, $125,000 monster of a product. The Bollinger B2 is the pickup version of Bollinger’s planned B1 SUV, with superlative performance targets—668 lb-ft of torque, 5,000 pounds of payload capacity, 4.5 seconds to 60 mph—and a simple-yet-classically-handsome appearance that looks like it’s straight from the SEMA Show floor.

The Bollinger B2 will have locking differentials, disconnecting front and rear sway bars, and a hydropneumatic suspension lending it up to 20 inches of ground clearance, all of which should grace the Bollinger with commendable overlanding abilities which is why you need a heavy vehicle licence. Expect it to launch sometime in the second half of 2020.

Rivian is what happens when a doctor of mechanical engineering from MIT decides to start an electric automobile company, setting the company’s sights on producing a cutting-edge electric pickup truck (and a heavily related SUV). Unveiled at the 2018 Los Angeles Auto Show, the Rivian R1T is slated to start production late in 2020, with a starting price around $69,000 and a targeted range of around 400 miles.

When Tesla Motors pulled the wraps off its forthcoming Cybertruck model at the 2019 LA Auto Show, the world was… confused. It’s a weird-looking truck, to be honest. Yet if you can get past the polarizing styling and other design foibles, the Tesla Cybertruck might make for a compelling product.

To wit, the most capable variant of Tesla’s Cybertruck is targeting up to 14,000 pounds of towing capacity, 500 miles of battery range, and a 0-to-60 time of under three seconds—all tremendous figures. What’s more, the Cybertruck will feature an adjustable air suspension capable of extending ground clearance up to 16 inches. But its “dent-proof” body is its real pièce de résistance, and the reason for its absurd styling: according to Tesla CEO Elon Musk, the 30X cold-rolled stainless that makes up the Cybertruck’s body can’t be stamped. Rather, it has to be scored and then bent into shape, hence the Cybertruck’s simple, angular appearance.

Tesla Cybertruck pricing will start at $39,900, growing to $69,900 for the top-performing three-motor version, and production will start in late-2021.

The roots of the Lordstown Motors Corporation (LMC) Endurance hybrid-electric pickup truck actually stretch further back than most of the vehicles on this list. Originally named the “Workhorse W-15“, the truck was planned for production in 2018 before setbacks pushed its launch back by a couple of years. Now, the LMC Endurance is targeting a late-2020 launch, with production to take place at GM’s old Lordstown, Ohio assembly plant—a shuttered facility that Workhorse purchased in November, 2019.

The LMC Endurance is a bit different from the other models listed here in that its primary target is work fleets, not individual consumers. Moreover, it will pack a total of four electric motors—one for each wheel—and its battery pack will provide the endurance of the bunch: just 80 miles of range on a full charge. Pricing is planned to start at $52,500.

General Motors has officially thrown its hat into the ring, announcing that it will put an electric pickup truck model on sale by the fall of 2021. According to , the American automaker has invested some $3 billion into its electric truck program already, and the resulting products will be built at GM’s Detroit-Hamtramck assembly plant. Rumor has it that GM might even revive the “Hummer” brand name to apply to its new electric truck models.

What we know: it will be a battery-electric vehicle with a unique platform dubbed “B1T”, designed with the rigors of typical truck use in mind. Expect a driving range within the same neighborhood as Rivian’s targeted 400 miles.

The most mysterious of the models on this list, Karma Automotive seems poised to introduce an electric pickup truck with a gasoline range extender. It was teased at around the same time that Tesla Motors was preparing to unveil its new Cybertruck, and we have no real details beyond a shadowy teaser image released with a company press release about Karma’s duo of planned vehicle platforms.

Karma appears to be betting that its business would be more viable were it to design and license vehicle platforms to other automakers, rather than relying solely on its own new vehicle sales. As such, there’s some question as to just how serious Karma is about building the pickup truck it teased, not to mention how far the truck is from production. The image depicts a showy, futuristic-looking truck from about the beltline up, and the vehicle appears to have a very long cabin and a short bed.

If the truck does arrive—and that’s rather a big “if”—expect plug-in charging capability, a comparatively small battery pack, all-wheel drive, and an onboard gasoline engine providing hundreds of miles of extra range. We’ll get a likely taste of what it could look like when the similar Ocean all-electric crossover breaks cover in January 2020.