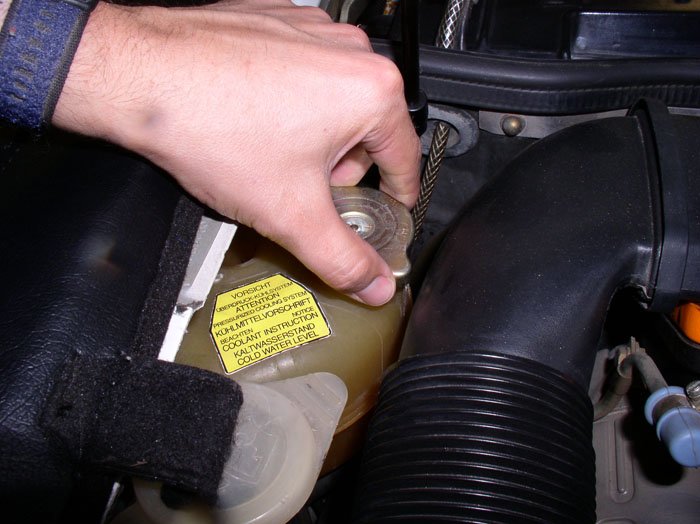 The radiator cap seems like a very simple device that has no other use than being a stopper for a hole. The radiator cap is actually much more important than that, whether it is used on a car or on a water heater in the home. A radiator cap is used to keep water or coolant inside of the radiator but it is also in place to relieve pressure if the temperature of the coolant is too high.

When the pressure inside the radiator is too high it can become a very dangerous situation. The radiator cap, which is spring loaded, will rise to release the excess pressure. If the radiator cap begins to fail the car can overheat frequently. The following article will explain how to troubleshoot the most common issues associated with a failing radiator cap.

You can replace the seal by removing the radiator cap (after it has cooled down) and pulling the rubber ring off of it. Purchase a new seal of the same size at the auto parts store and slide it in place. You can also purchase a new radiator cap.

Since the radiator is either filled with water or a chemical coolant the radiator cap will become rusty over time. It can also corrode over time due to other chemicals. When the radiator cap becomes rusted a lot of things can go wrong. The coolant or water can boil over, the plunger can stick due to a bad spring, or it will no longer create a tight fit. This is easily spotted by removing the radiator cap and inspecting the underside of it. Look for rust as well as any discoloring. Removing the rust with steel wool and solvent can help in removing corrosion. If the radiator cap is too rusted then replace it for a quick and inexpensive fix.

Check Engine Code P0401 - How to Diagnose and Fix It